How Water Efficiency is Different from Water Conservation

Drip irrigation, a water-efficient method of irrigating crops, is so water efficient that it doesn't allow for groundwater recharge, says California Institute for Water Resources scientist Faith Kearns. Will this mean a return to flood irrigation?

Peter Kohler, founder of The Plastic Tide project, and Dr. Stefan Leutenegger, Lecturer in Robotics at Imperial College London, discuss how the ocean is under siege from an ever-increasing tide of waste, and how technology like machine learning and drones can help us fix the issue.

Threatening not only a vital economic resource worth an estimated $5 trillion a year but also humanity’s very own life support. The Plastic Tide initiative was started almost two years ago, with the aim of quantifying the problem using drone imagery of UK beaches and beyond: raised awareness and precise data will hopefully drive solutions at societal, political, and technological levels.

They have collected a huge database of drone imagery around UK beaches last year, and a prototype algorithm developed already combines a deep-learning-based plastic detection scheme in the images with geo-referenced mapping. The speakers will show early results and present related research in the space of localization, mapping, and drone flight; and furthermore, sketch the way forward to limit the plastic tide swamping our oceans.

Water.org co-founder Matt Damon shares some inspiring thoughts and anecdotes with World Bank Group President Jim Yong Kim. Learn how water can be made accessible to the world’s poorest. And see how even a mega-star can be humbled by a smart Haitian pre-teen. 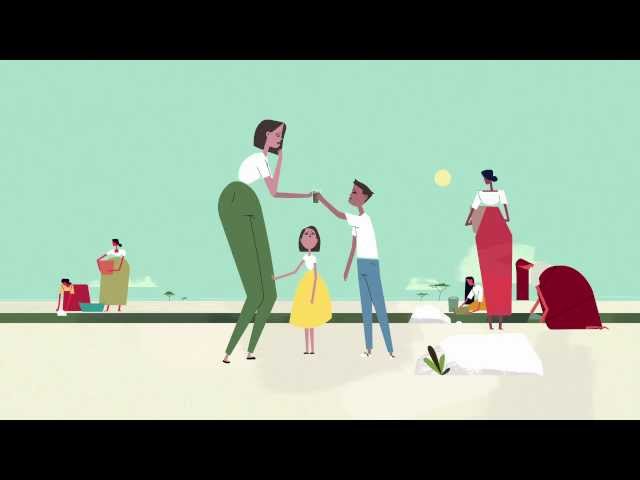 Clean water changes everything. Learn more about the water crisis at http://cwtr.org/2knV36R

663 million people on our planet drink dirty and dangerous water. Actually, they don’t just drink it, they work for it. They invest hours every day. And not only does it keep them out of school, or take up time that they could be using to earn money for their family, it also kills them.

That’s not an exaggeration. Diseases from unsafe water and lack of basic sanitation kill more people every year than all forms of violence, including war.

Water issues are among the most pressing facing our planet in the 21st century. Aqueduct, World Resources Institute (WRI) online water risk mapping tool, creates customizable, high-resolution maps of where and how water risks are emerging worldwide. Betsy Otto of WRI is the director of water initiataives and narrates the video. Go to wri.org/aqueduct for more information. There is a tutorial on the using this mapping tool here on the WRI Youtube channel. Published on Mar 22, 2013

What if you lived by the largest body of fresh water in the world but could no longer afford to use it?

Visit The Waterfront Website for more information.Film by Liz Miller.

Precipitation (falling rain and snow) is our fresh water reservoir in the sky and is fundamental to life on Earth. This video shows the most detailed and worldwide view of rain and snowfall ever created and uses satellite measurements from the Global Precipitation Measurement Core Observatory, or GPM, a joint mission between NASA and the Japanese Aerospace Exploration Agency (JAXA). Tracking precipitation from space with satellites provides information of where, when, and how much it rains and snows anywhere in the world and gives insight into the behavior of our weather, climate, and ecological systems. For more information on GPM visit here.

New York, NY, October 10, 2018 — Since the creation of earth, water and crystals have woven a billion-years-long tapestry that has captured the cycles of nature's evolution. It has observed the appearance of humans and their troubled, but fascinating, development and the energies and vibrations of everything that is part of this amazing eco-system.

Author Claudiu Murgan cleverly posits that water is a living, breathing life force in his latest book, Water Entanglement, a manifesto that brings awareness to the very real water crisis through an imaginative and engaging science fiction tale.

The story is set in 2055, when water, the primordial element that springs forth life, is waged in a fierce battle with those who've abused her, most notably greedy corporations that are pillaging the earth. Hayyin, the hidden identity of Cherry Mortinger, a limnologist (one who studies inland waters), is leading the revolution against the irresponsible companies. She sets out to prove that water indeed has a memory; that she's alive; and she's very, very angry. Can the human race survive such overwhelming rage?

Water Entanglement is the second book from author Claudiu Murgan. His first novel, The Decadence of Our Souls (September 2017), weaves a meaningful story of what can happen when a young, pure soul is tempted by the offerings of a technologically advanced society. The Decadence of Our Souls was translated in the Romanian language and published in Romania in June 2018. Water Entanglement is in the process of being translated and published in Romania by the end of 2018.

Murgan was born in Romania and has called Canada home since 1997.

He started writing science fiction when he was 11 years old. Since then, he has met remarkable writers who have helped him improve his own trade. Murgan's experience in various industries such as IT, renewable energy, real estate and finance, have helped him create complex but real characters that brought forward meaningful messages. Murgan is also a member of the recently created Immigrant Writers Association, Toronto, Canada.
Fifty percent of the royalties from the book of the same title and generated online for Water Entanglement will benefit Project Aware – www.projectaware.org.

Click on book cover to order from Amazon or visit your local bookstore. Thank you.

Stand in a drum circle at the Oceti Sakowin camp just after the Army announced on Sunday that it would explore alternative routes for the Dakota Access pipeline.