The Call of the Pika

Listen to the call of the pika. Sometimes referred to as rock rabbits, pika calls are used for individual recognition, predator warning signals, territory defense, or as a way to attract a mate. Learn more about pikas: https://biodiv.us/3aMCVtT

Enjoy a bird’s-eye view of thousands of acres of jaguar habitat in southern Arizona and southwestern New Mexico. In 2014 the Center helped secure protections for this critical habitat.

"We're at this stage because we've treated the earth like a resource to be exploited for profit," argues Paul Paz y Miño, associate director of Amazon Watch. Fires in the Amazon are waking people up to the need for a radical change in how we value nature -- going beyond its economic worth or carbon sequestration potential.

This week, Joshua Powell explains what pizzlies are and how climate change is affecting species living in the Arctic. New episodes of Frozen Islands, Arctic Seas every Thursday - subscribe now so you don’t miss out!

Operation Crossroads – Bikini Atoll where we dropped atom bombs on coral reefs. Electric violinist Razz travels to Bikini to bring some music to the radioactive landscape. 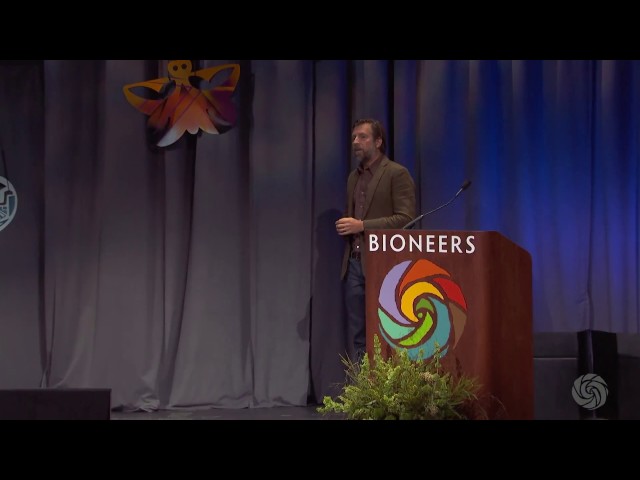 Watch his full talk here: http://bit.ly/2l5a4eB James Nestor - Making Contact: New Approaches to Cracking the Communication of Whales and Dolphins. James Nestor, an author and journalist with a passion for extreme adventure who has written for Scientific American, National Public Radio and The New York Times, draws from his mind-boggling, multiple award-winning new book, DEEP: Freediving, Renegade Science, and What the Ocean Tells Us about Ourselves. He describes how groups of athletes and scientists plumbed ocean depths, and researchers collaborating with engineers from Apple, Google and elsewhere worked to "crack" the cetacean language code and send back messages to these giant marine mammals - to make contact. Their weird and wondrous new discoveries might just redefine our understanding of the ocean, and of ourselves. This speech was given at the 2016 National Bioneers Conference. Since 1990, Bioneers has acted as a fertile hub of social and scientific innovators with practical and visionary solutions for the world's most pressing environmental and social challenges. Subscribe to the Bioneers Radio Series, available on iTunes and other podcast providers and on your local radio station. Support Bioneers today: www.bioneers.org/donate Please join our mailing list (http://www.bioneers.org/subscribe), stay in touch via Facebook (https://www.facebook.com/Bioneers.org) and follow us on Twitter (https://twitter.com/bioneers).

Paul Watson gives the talk of his life at the 7th Annual meeting of The Nantucket Project.

One food retail chain, Iceland Foods, didn’t even make it to air before this ad was banned/blocked, leading to more publicity than the retailer may have ever expected. The ad, “Rang-tan“, was not approved as it was created by Greenpeace, a political organisation, and political advertising is absolutely not allowed on British TV.

Saving our friends and our environment is political, but advertising products and services destroying our planet is not?

Iceland Foods uploaded this Christmas commercial to their YouTube channel where it generated 3.7M views within the first 3 days of being released.

Published on Dec 23, 2010
Julia Butterfly Hill climbed a 2000 year old redwood in Northern California and lived in its branches for over 2 years to save it from the chainsaws of a logging company. Her first winer she was nearly killed as a terrible storm raged through her tiny perch. Julia describes the horror, and the life lessons, of those terrifying hours.
Date unknown Format Documentary
Length unknown Keywords SustainabilityMember of Special Collection Julia Butterfly Hill More Details
Email a Friend
Arctic Sea Ice Reaches Another Record Low (March 2017)

On March 7, 2017, Arctic sea ice reached its annual wintertime maximum extent, according to scientists at the NASA-supported National Snow and Ice Data Center (NSIDC) and NASA. The Arctic sea ice extent set a record low after a warm winter. Combining the Arctic and Antarctic numbers shows that the planet’s global sea ice levels on Feb. 13 were at their lowest point since satellites began to continuously measure sea ice in 1979.

This video is public domain and along with other supporting visualizations can be downloaded from the Scientific Visualization Studio at: http://svs.gsfc.nasa.gov/12537