This keynote talk was delivered at the 2019 Bioneers Conference.
Introduction by Lisa Hoyos, Director of Climate Parents at the Sierra Club.

For years, “environmentalists” have been typecast as white, tree-hugging vegetarians who care more for whales than southside Chicago or rural Mississippi. But the fact is that not only are poor and vulnerable populations, especially communities of color, environmentally aware, they are the most at risk from the impacts of climate change. Heather McTeer Toney addresses how we must embrace climate action as the social justice issue of our time, and tear down old stereotypes so that we can build sustainable and resilient alliances to fight effectively together and affirm our common humanity. Heather is currently National Field Director of Moms Clean Air Force. Previously she served as the first African American, first female, and youngest-ever mayor of Greenville, Mississippi, and as a prominent leader in the Obama-era EPA.

***
Since 1990, Bioneers has acted as a fertile hub of social and scientific innovators with practical and visionary solutions for the world's most pressing environmental and social challenges.

To find more talks like this one, along with engaging articles, interviews, podcasts and ways to take action, visit http://bioneers.org

Subscribe to the Bioneers Radio Series, available on iTunes and other podcast providers and on your local radio station.

On July 20, 2015, NASA released to the world the first image of the sunlit side of Earth captured by the space agency's EPIC camera on NOAA's DSCOVR satellite. The camera has now recorded a full year of life on Earth from its orbit at Lagrange point 1, approximately 1 million miles from Earth, where it is balanced between the gravity of our home planet and the sun.

EPIC takes a new picture every two hours, revealing how the planet would look to human eyes, capturing the ever-changing motion of clouds and weather systems and the fixed features of Earth such as deserts, forests and the distinct blues of different seas. EPIC will allow scientists to monitor ozone and aerosol levels in Earth’s atmosphere, cloud height, vegetation properties and the ultraviolet reflectivity of Earth.

The primary objective of DSCOVR, a partnership between NASA, the National Oceanic and Atmospheric Administration (NOAA) and the U.S. Air Force, is to maintain the nation’s real-time solar wind monitoring capabilities, which are critical to the accuracy and lead time of space weather alerts and forecasts from NOAA.

This video is public domain and along with other supporting visualizations can be downloaded from the Scientific Visualization Studio here. 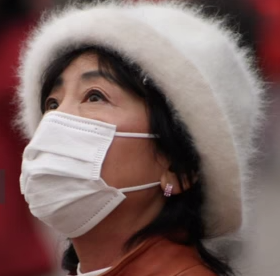 Published on Nov 17, 2014
An ultra-high-resolution NASA computer model has given scientists a stunning new look at how carbon dioxide in the atmosphere travels around the globe. Very interesting.

Plumes of carbon dioxide in the simulation swirl and shift as winds disperse the greenhouse gas away from its sources. The simulation also illustrates differences in carbon dioxide levels in the northern and southern hemispheres and distinct swings in global carbon dioxide concentrations as the growth cycle of plants and trees changes with the seasons.

The visualization is a product of a simulation called a “Nature Run.” The Nature Run ingests real data on atmospheric conditions and the emission of greenhouse gases and both natural and man-made particulates. The model is then left to run on its own and simulate the natural behavior of the Earth’s atmosphere. This Nature Run simulates January 2006 through December 2006.

While Goddard scientists worked with a “beta” version of the Nature Run internally for several years, they released this updated, improved version to the scientific community for the first time in the fall of 2014.

This video is public domain and can be downloaded here.

F. Sherwood Rowland, UCI Bren Research Professor of chemistry and Earth system science, received the 1995 Nobel Prize in chemistry for discovering that chlorofluorocarbons in products such

Is the dust storm that swept through Sydney a sign of climate change? Visit Science Magazines YouTube Channel for interesting vidoes of our universe. Australia is in a 10 year drought with California in its third year, could dust storms happen in California?